Had a(nother) inter­est­ing con­vo with the love­ly V last night. It start­ed by won­der­ing out­loud whether our first­born is Gen­er­a­tion Z or “the one after”.

It’s the one after, appar­ent­ly called Gen Alpha.

As we start­ing talk­ing about the char­ac­ter­is­tics of Gen Alpha, I start­ed to tick off a time­line of tech­nol­o­gy that’s influ­enced cul­ture recent­ly mass behav­ior (and of course how most peo­ple don’t quite get what it means).

Gen Z is about being native­ly social and native­ly mobile.

And, what about Alpha?

My daugh­ter was born into a world in which the Apple Watch already exist­ed. Alpha is going to be about “intel­li­gent every­thing”. It’s going to be a world where, as Bene­dict Evans likes to say, we won’t be able to count the num­ber of CPU’s / wire­less trans­mit­ters in our homes. (He uses the com­par­i­son of his grand­par­ents who knew exact­ly how many elec­tric motors were in their home, and now they’re in every­thing.)

The world of Gen Alpha is going to form around them, per­son­al­ized to their expec­ta­tions, needs, and expe­ri­ences. 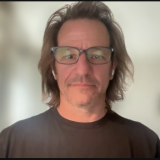 If you like this post, you'll absolutely LOVE my book: 'The Elephant in the Room has a Paycheck: a fun & socially conscious blueprint to help the 99% get started investing'.

It's a quick read, and, if you can believe it considering that it's a book on investing, fun.

If you're looking for a simple and successful investing strategy, one that's purposely designed to keep you motivated, The Elephant's Paycheck is for you. And if you're already an accomplished investor, this book is likely for your spouse or your children so that they can become interested in what you're doing with the family's wealth.

If you enjoy the content I create, or the insights I share, please let me email you what I think will help you do better work.

If you don't double-opt-in by confirming your subscription, you won't be subscribed.